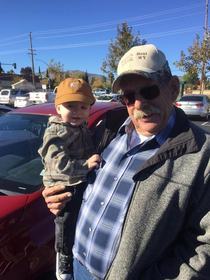 Steven Moeller died early Monday, Feb. 15, 2016, at his home in Powell. He was 69.
Steve was born Dec. 8, 1946, in Glendale, California, to L. Dwayne and A. Lorraine Moeller. He was raised in California and graduated from Pasadena High School.
After high school, Steve did cowboy and ranch work in Jackson and Thermopolis. He eventually moved to Cody and worked for the Hoodoo Ranch. He later moved to Powell where he drove trucks for J&R Well Service. Most recently, he was employed by Faxon Farms.
Steve enjoyed camping and fishing in his boat on Buffalo Bill Reservoir. He thought it was pretty neat catching fish and then cooking them up over the grill at the campsite. He was a lifetime member of the North American Fishing Club.
Steve was always ready to help anyone with projects and a was a dear friend to those who knew him. His infectious laugh will be greatly missed.
Steve is survived by his son Christopher and wife JoAnna Moeller, and grandson Brysen Steven Henry Moeller of California, brothers Loren Moeller of California, John Moeller of Thermopolis, sister Darrolyn Crews of Riverton, as well as many nieces and nephews.
Cremation has taken place, and private family services will be held at a later date.
Thompson Funeral Home is assisting the family and condolences may be sent to them at www.thompsonfuneral.net.

To send flowers to the family in memory of Steven Dwayne Moeller, please visit our flower store.
Send a Sympathy Card