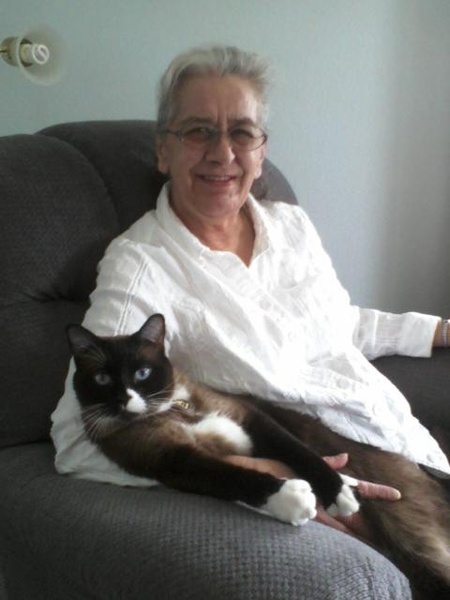 Sylvia Iris Kier of Powell, Wyoming went to her eternal home with the Lord on December 26, 2018. Sylvia was born in Riverton Wyoming on September 29, 1942 to Robert E. Kier and Bonnylynn Kier (Wolfe). She lived most of her life in Wyoming where she began a career as a classical ballet instructor.

She was very creative and artistic in the arts of choreography, knitting, crochet, sewing, and beadwork. She had a great love of music and the performing arts. Sylvia had a deep faith in Jesus which was apparent to all who met her. She was tenderhearted, nonjudgmental and accepting of all she met.

She was lovingly supported by her three daughters MyrnaDawn Ulmer (John Ulmer), Audrey Hall (Todd Hall), and Bernadette Knox (Paul Knox). She was preceded in death by her parents and her sister, Roberta J. Leseberg of Thermopolis, WY. She is survived by her three daughters, her brother-in-law Jim Leseberg of Thermopolis, WY, also six grandchildren: Dalton Ulmer, Dylan Ulmer, Jody Knox, Garrett Hall, Celine Hall, and Charlie Hall. Rosary will be held at Saint Barbara’s Catholic Church in Powell on January 4 at 7:00 pm. Funeral services will be held at Saint Barbara’s Catholic Church in Powell, Wyoming on January 5 at 1:00 p.m. followed by gravesite service and luncheon at St. Barbara’s Church. In lieu of flowers or other donations, please send any monetary or food donation to Powell Valley Loaves and Fishes.

To send flowers to the family in memory of Sylvia Iris Kier, please visit our flower store.