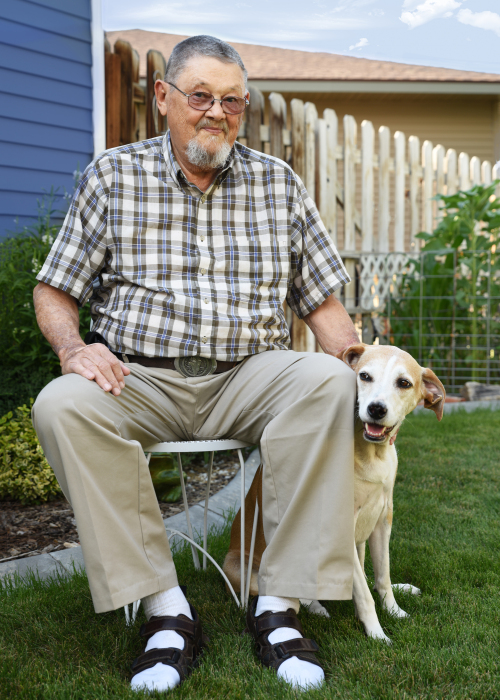 Ted was born in Lovell, Wyoming, to Nolan Grant and Irene Asay Grant. He grew up in Elk Basin and graduated from Powell High School in 1954. Over the course of his life, he has also lived in California, Massachusetts, Maine, and New Hampshire and ended up coming back to his hometown of Powell, Wyoming. Ted served in the US Navy aboard the USS Piedmont from 1956-1958. He was stationed in several places including Japan and San Diego. He was a self-taught computer programmer who worked for many major companies throughout his career. Such companies included Hasbro Games, Alpha Industries, Talbots, Kay Windsor, Hughes Aircraft, and others. While working for Hughes Aircraft in California, he met his wife, Doreen Anne Healey. This marriage was blessed with two children, Brian and Denice. While living in Massachusetts, Ted was an active member of the Lakeville Lions Club and joined the Powell chapter once settling back into the area. His heart was meant to be in Wyoming. Ted met and married his loving wife Nancy in 1996. Ted is survived by his wife, Nancy Mollet Grant of Powell, Wyoming, sisters Marie Best of Lincoln City, Oregon and Dianne Miller of Hurricane, Utah, as well as his children Brian (Marta) Grant of Taunton, Massachusetts, and Denice (Steve) Berg of Lakeville, Massachusetts, four grandchildren: Tyler Linehan, Stephanie Resendes, Nathan Grant, and Maia Grant, and five great-grandchildren. In addition, his step-children Tyler (Amanda) Black of Powell, Wyoming, Karina Black of Cody, Wyoming, and Chantel Black of Anchorage, Alaska, along with three grandchildren: Morgan Black, Zak Black, and Alyx Black, and one great-granddaughter. Ted was very proud of his growing family, knowing each member carries on his legacy with each generation. He was proceeded in death by his parents and brother Gerald Grant. Ted loved volunteering his time transporting veterans to their medical appointments and showcasing his patriotism. Ted and Nancy enjoyed camping with their circle of friends, and Ted loved riding his ATV around town, and especially loved riding on the Polecat Bench. Ted passed away late Thursday evening on December 10th 2020 in Billings, Montana due to diabetes complications. Services will be held at the 7th Street Church of Jesus Christ of Latter-day Saints on Wednesday, December 16th at 10:00 am.

To send flowers to the family in memory of Ted Max Grant, please visit our flower store.
Send a Sympathy Card