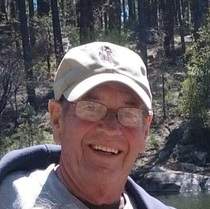 Upon completion of high school in Powell, Wyoming, he enrolled in x-ray school in Cody.  After obtaining his x-ray license, he proudly served in the US Army for nearly three years.  During his service, he received many honors and served in Vietnam as an x-ray technician.

Shortly after serving in the Army, he returned to Powell and began farming.  He farmed with his father, Earl; brother, Ron; and his brother-in-law, Scott Gormley.  Later Terry and Scott formed a partnership where they grew sugar beets and malt barley.  Twice, they were proud to receive the honor of the Coors Barley Grower of the Year.

Terry married the love of his life, Judy Rose, in 1974 after his return to Powell and from this union came three daughters; Jennifer, Janelle and Tanya.

Terry served the sugar beet industry as a local board member, and  a board member of the American Sugar Beet Growers Association, as well as serving as the President of the Association for two years.  He also served on the Western Sugar Cooperative board of directors.  He was always proud of his 5th generation farming and worked hard on the sugar associations for the betterment of the entire sugar industry.

Farming was Terryâ€™s life, but he and Judy also enjoyed camping and fishing and being in the mountains.  Terry loved the outdoors, entertaining his daughters and their families, and especially camping.  He will be missed by many; his great smile, laugh and sense of humor.  He liked nothing better than a funny joke, or good story and asked that we remember these great stories as we celebrate his life.

Terry is survived by his wife, Judy, of 41 years, their daughters, Jennifer (Jeff) Bussell of Mesa, AZ; Janelle (Jake) Froiland of Minneapolis, MN; and Tanya (Travis) Hernandez of Prescott, AZ.  Terry and Judy have four granddaughters, Kylee, Taryn, Teagan, and Tenley, and one grandson, Max, all of whom he loved and were a great source of pride to him.  He is also survived by his father, Earl Jones, his brother, Ron (Teddy) Jones, his sister, Janice (Scott) Gormley, his nieces Kapi and Keli and their families, many cousins, aunts and uncles.  All of his family were an important part of his life.

Services celebrating his life will be held at the Union Presbyterian Church on Tuesday, September 22, at 2 p.m.

To send flowers to the family in memory of Terry Glen Jones, please visit our flower store.