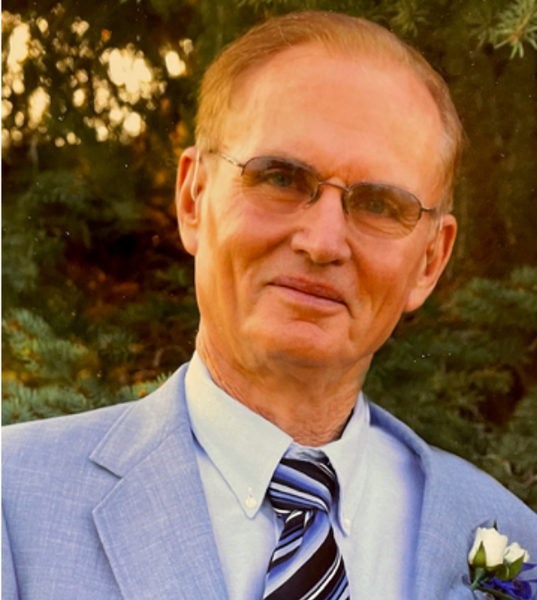 Thomas Ray Burgener returned to his heavenly father on July 20, 2021 after an extended battle with Lewy body dementia with his family by his side. Tom was 81. Tom was born in Powell to Albert and Lottie (Moore) Burgener on June 19, 1940, the eighth of nine children. He was raised on the family farm and graduated from Powell High School. He served in the military for a short time before pursuing his lifetime career as a truck driver.

On August 25, 1962, he married Carolyn Jackson. The marriage was later solemnized in the Manti temple. Tom and Carolyn made their home in Cody, Powell, Glendive Montana, Winkelman, Arizona, and for the last 35 years, Elizabeth, Colorado.

Tom was hard worker and had great self-discipline. As a truck driver he had been to all the lower 48 states and parts of Canada. On vacation Tom would still like to travel visiting his ancestral home in Switzerland on a European vacation and Mayan ruins on a cruise. Tom loved to talk about trucks, grow a big garden and his cows.

Tom was a loving husband and caring father. Prior to his illness, he also helped care for his grandchildren.

Funeral services will take place at the Church of Jesus Christ of Latter-Day Saints 1026 Ave E, Powell, Wy, on Saturday, June 24, 2021, at 11:00 am with burial to follow at Crown Hill Cemetery.

To send flowers to the family in memory of Thomas Ray Burgener, please visit our flower store.
Send a Sympathy Card