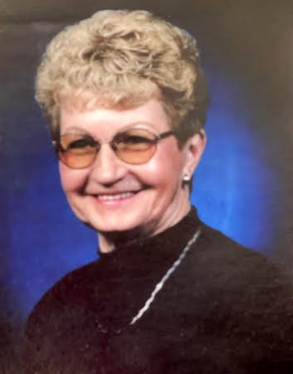 Ms. Verdella (Della) Edna Amen Reidt died peacefully in her sleep on January 24, 2021. Della was born on October 22, 1931, in Roscoe, South Dakota to Balthasar and Lydia Amen. Della helped her parents on their farm and helped raise her two brothers, Darvie and Orlo. She attended school in Roscoe and after high school married Clifford Reidt in 1951. They worked together on the Reidt farm. Fay, their oldest son, was born in Faulkton, SD, and Linden was born three years later in Ipswich, SD. In 1956 to make a better life for their family, they decided to move to Powell, Wyoming, where Della’s parents lived. In 1957 their third son Craig was born. Clifford worked for Lloyd Heimer and Della worked at Moyers Drug store. Della also worked at Gambles and after a time she got a job as the first woman to work at Linton’s feed/hardware store. Cliff and Della bought and ran the Powell laundries for many years. She also drove beet truck during harvest time for years, which she absolutely loved doing.

In 2004 Cliff and Della decided to move to Casper, Wyoming to be closer to their sons. They moved to a much smaller house, which gave Della the opportunity to do all the things she loved. She did gardening, flowers, four wheeling, camping, knitting, sewing and socializing. Della became involved with the Casper senior center and they had quite the group of ladies meeting for lunch three times a week. She dearly loved to dance and attended every dance the senior center sponsored. She loved her children and never missed an opportunity to spend time with them.

Della was a celebration of life. She lived in the present and was a ray of sunshine to all she knew. Always the first one in line to have some fun. Della was preceded in death by her two brothers, Orlo and Darvie. Her father, mother and husband. She is survived by her sons, Fay Reidt of Casper, Wy, Linden Reidt of Gillette, Wy and Craig Reidt and wife Dianne of Casper, Wy.
She has three grandchildren; Dawn and Rian Walling and Darren Reidt. She has four great grandchildren, Abby McClain, Brianna Walling, Damien and Sophia Reidt. Also, numerous nieces and nephews.

To send flowers to the family in memory of Verdella (Della) E Reidt, please visit our flower store.
Send a Sympathy Card