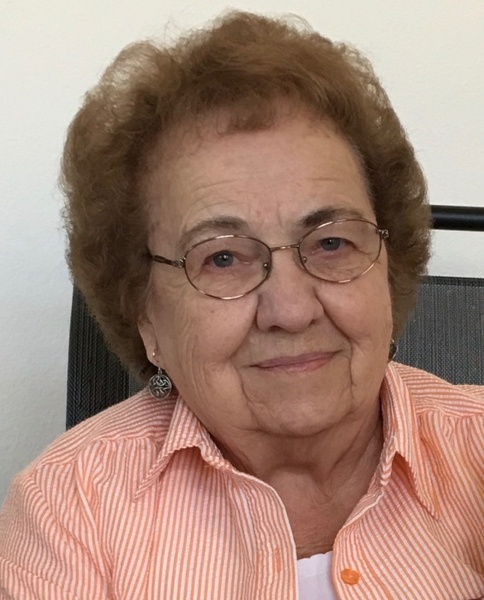 Vesa Adams Cozzens, 86, of Des Moines, Iowa, died at home on May 10, 2019. She was born in Riverside, Idaho, on April 2, 1933, the sixth of ten children of Maurice William Adams and Ellen Melissa Homer. Vesa graduated from Snake River High School in 1951 and attended Brigham Young University through the spring of 1952. On March 25, 1954, she married Matthew Cozzens from Powell, Wyoming. Their marriage was solemnized in the Idaho Falls Temple of the Church of Jesus Christ of Latter-day Saints. They began their life together in Texas, where Matt was stationed at Fort Hood. Following Matt's honorable discharge from the Army in 1955, the couple moved to the Powell area, where they farmed for the next 45 years. In 2013, Vesa moved to Des Moines, Iowa, to live with one of her daughters. She was preceded in death by her husband; two sisters, Loa and Thelma; four brothers, Homer (Budd), Duane, Willard (Bill), and Bruce; three grandchildren; and two great-grandchildren. She is survived by seven children, Dirk (Deirdre) of Ralston, Evan (Patsie) of Burlington, Darin (Tammy) of Dobson, North Carolina, Gail (Miles) of Superior, Colorado, Michael of Cody, Marianne (Carlos Roberto) of Des Moines, Iowa, and Samuel (Stephanie) of Rock Springs; 26 grandchildren and 23 great-grandchildren; two sisters, Ellen Mae Allen (Paul) of Kennewick, Washington, DeAnn Hammond (Richard) of Miramar, Florida, and one brother, Robert (Marjorie) of Blackfoot, Idaho; three sisters-in-law, Minnie Cozzens of Powell, Wyoming, Beverly Adams of Provo, Utah, and Rose Marie Adams of Ammon, Idaho; and numerous nieces and nephews. Funeral services will be held at 10 AM Thursday, May 16, at the LDS Church on Avenue E. Burial will be in Crown Hill Cemetery with arrangements under the direction of Thompson Funeral Home.

To send flowers to the family in memory of Vesa Cozzens, please visit our flower store.
Send a Sympathy Card