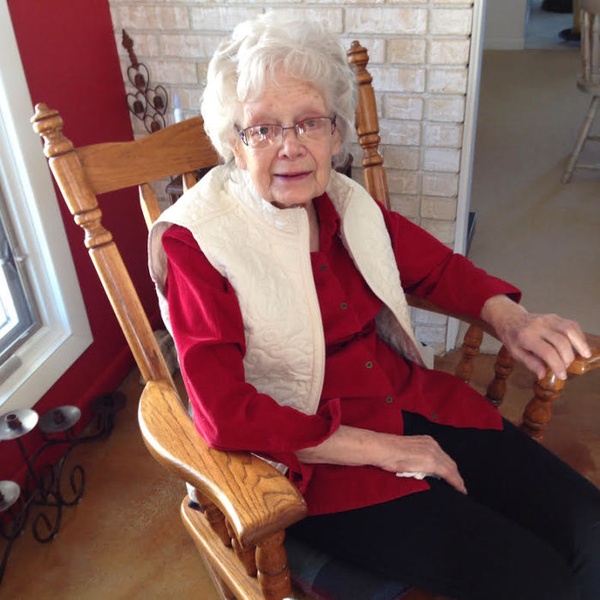 Irene O’Brien passed away September 11, 2017 at the Powell Valley Care Center in Powell, Wyoming. She loved Powell and felt fortunate to have a wonderful life in Wyoming.
Virginia Irene O’Brien was born May 12, 1922 in Forsyth, Montana. She was the fourth of eight children born to Alfred and Emma Helgeson. The siblings became known in Forsyth as “the gang”.
After graduation from high school, Irene met Jack O'Brien who was working at Yellowstone Pharmacy in Forsyth.  Jack and Irene were married in Billings, Montana at the First Congregational Church on August 28, 1941.  In attendance was Irene's sister Pearl Cullen, as well as a friend of hers.
After the birth of their first daughter Patricia (Gary) Moody in 1942, the family moved to the Twin Cities in Minnesota during which time Jack worked at a defense plant while pursuing a Minnesota pharmacy license. Irene did sewing for Munsingwear, then took a job at Honeywell on the assembly line for the Norton bomb site.  Their second child, Michael, was born in 1946.
The family then moved to Powell, Wyoming where Jack initially worked as a pharmacist at Powell Drug.  Eventually, Jack and Irene opened Jack's liquor store on Bent Street and later moved and expanded the business to the corner of Bent and Coulter Avenue.
Two daughters were born in Powell, Kellee in 1952 and Keree (Noel) Frakes in 1953.
Irene was an avid reader and traveler.  She particularly enjoyed trips offered through Northwest College’s travel program.
She was preceded in death by her husband Jack and her son Mike.
A loving and loved mother, grandmother, sister, aunt and friend Irene is survived by her three daughters, four grandchildren, including Shane (Janna) O'Brien of Billings, Shawn Moody of Powell, Brandy (Stacy) Coffin of Billings, Treena Brown of Powell, and five great grandchildren. She also has a sister, Rosetta (Bob) Marshall, and a sister-in-law, Allene Helgeson, as well as many nieces and nephews.

To send flowers to the family in memory of Virginia Irene O'Brien, please visit our flower store.