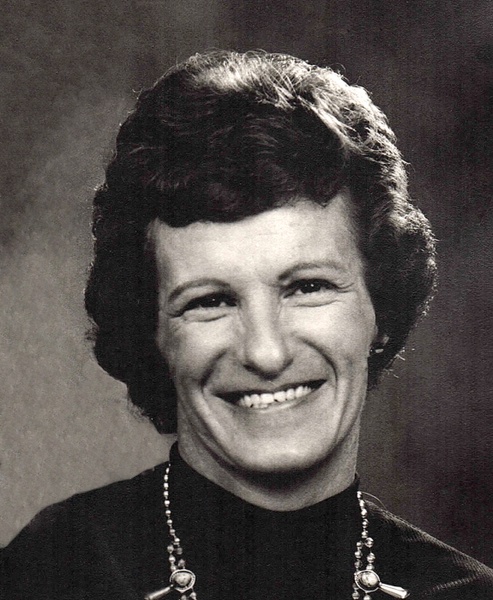 Virginia Mae Cooley was born on January 22, 1937 in Billings Montana. She passed away quietly, and jumped on the wide, white, smooth highway to heaven with Don, from her longtime Powell home on December 1, 2017 on Lane 11 ½ under the gentle care of her daughters Cindy and Cheryl, and life-long friend Donna Garrison.  She was surrounded by family and friends and had her faithful dog Daisey on her lap.  She was 80 years old and had battled cancer for several years.

Virginia was born in Billings, Montana to Jim and Doris Farnes.  She grew up and attended schools in Deaver and Powell and graduated from Powell High School with the class of 1955. Little did she know at that time, the profound effect that her grade school pal and partner in crime, Alice Wambeke would have on her future and life.  She married Don Cooley on July 13, 1956 and settled in Powell where, in addition to raising a family of four, she helped run Cooley’s Auto Salvage, drove beet trucks and was a rural mail carrier for many years.

Virginia was the backbone of the Cooley home and family and was loved by many friends and relatives.  She enjoyed camping, boating, traveling, Washington Redskin football and spending time with family and friends.  She was a member of the Elks Club, Birthday Club, Big Horn Basin Boat Club.  Virginia was a past President of the Wyoming Rural Mail Carriers Association.

Funeral services will be Saturday, December 9th at 2 pm at the Elks Club. Internment to follow at Crown Hill Cemetery.  Reception at the Elks club to follow. Donations can be sent to the Elks Club in Powell or Spirit Mountain Hospice in Cody.

To send flowers to the family in memory of Viriginia Mae Cooley, please visit our flower store.