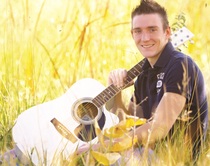 On July 12, 1991, a beautiful soul by the name of Wesley James Johnson was born.
On Monday, July 6, 2015, the lord called Wesley home.
As a young boy, Wesley had a love for jokes, pranks and making everyone laugh â€” even at the most tender times.
Wesley was a member of the Young Marines as well as Boy Scouts throughout elementary school. In middle school, he began his career in track, which would prove to be one of his most shining talents in high school. He also was on the PHS cross country team and the high school football team.  Wesley enjoyed camping, fishing and hunting along with many other outdoor adventures.  He was known as Wesley â€œWiffle Ballâ€ Johnson to his friends, coaches and teammates.
Wesley graduated from Powell High School in 2011. He attended Northwest College before working for Richardâ€™s Construction. After working in construction, his incredible work ethic pushed him to work even harder for J&R Well Service for several years where he was greatly admired.  We are constantly reminded of his politeness and kind heart.
When Wesley was not working or making others smile, he was playing music, he loved his guitars and hanging with his friends. Wesley also was a very talented artist who possessed a genuine love for all of Godâ€™s creatures.
Wesley is survived by 2 sisters, Wendy Kay Johnson and Amber Mae Johnson, two brothers Jarred & Nick Oliver; His birth mother Gayla Johnson and birth father James Johnson & mother Kelly Johnson; grandparents Robert and Carolyn Hatcher, Cliff and Shirley Thomas; cousins Cassidy and Chantell Reel, Brandon, Trenton and Tammi Johnson, Sonja Romero and Steven Flipse.  Wesley also is survived by his aunts Jean Trimbo, Sharon Johnson, Sherry Robin, Teresa Alexander and Laurie (Hatcher) Johnson, and his uncles Darren Thomas and Jerry Johnson.
Wesley had many brothers in his circle of friends including Justin Foster a dear friend to him, who was with Wesley during his final moments.  Wesley James was and always will be his little sisterâ€™s biggest hero.  His infectious smile precedes every conversation regarding Wesley.
Viewing will be held from 6:00-7:30 p.m. Friday, July 10, at Thompson Funeral Home in Powell.
Funeral services will be held at 2 p.m. Saturday, July 11, at Hope Lutheran Church followed by an internment at Powell cemetery.   A celebration of Wesleyâ€™s life will be held in Byron, Wyoming following services during Byron Days where he celebrated his birthday annually.
His loved ones will remember this sweet man with a smile upon their lips and a song of praise for the beloved in their hearts.

Condolences may be sent to the family online at www.thompsonfuneral.net or to P.O. Box 807 Powell, WY, 82435.

To send flowers to the family in memory of Wesley J Johnson, please visit our flower store.