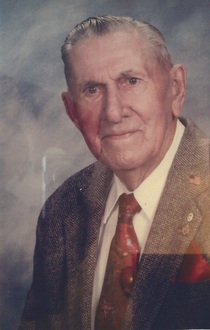 He was born in Kingsbury, Indiana on February 26, 1915, one of four children of Lewellyn and Florence (Wicham) White.  He graduated from Kingsbury High School in 1933, then spent a year in CCC.  Most of his life he worked in farming.

Bill entered the army in 1941.  After training at Fort Mamooth, New Jersey, he was sent to the Philippines with a mobile radar unit.  When was was declared on December 7, 1941, he was sent to Bataan.  After four months of war, his unit was forced to destroy their guns and equipment and surrender to the Japanese.  He was part of the Bataan death march, during which many died of beatings, lack of food and water, and disease.  He spent 6 months in O-Donell POW camp where hundreds died every day.  The survivors were sent to  Cabanatuan No. 1 to work on airfields and roads.  One year later all able bodied men were sent to Japan to work in factories and mines.  Bill worked in coal mines at Camp 10 Fukuoka on the island of Kyushu, Japan.  Three and one half yars of slave labor and starvation were ended when Japan surrendered on August 14, 1945.  The surrender came after the second atomic bomb exploded over Nagasaki.  Bill weighed 80 pounds at that time and spent a year in the hospital.

In 1947 he married Claribel Hebeisen in Chicago, Illinois.  In 1949 the drew a homestead on the Ralston Bench in Ralston, Wyoming.  This was part of the Heart Mountain Project.  They farmed there until 1990 when they sold the farm and moved to Powell, Wyoming.  Shortly thereafter Clare was called to eternal rest on July 30, 1993.

Funeral Services are planned for Thursday, August 14, 2014 at the United Methodist Church in Powell.  A viewing will immediately precede that funeral, from 9:00 to 10:00 a.m., also at the Methodist Church.

To send flowers to the family in memory of William Orville White, please visit our flower store.
Send a Sympathy Card